This actually happened completely by chance, as a few years ago I decided to mix blue gatorade and sprite to see how it would taste. The mix worked out pretty well, but I found that the gatorade was on top, while the bottom half of the glass was only sprite, which created a nice color gradient in the drink. Since that time I haven't been able to replicate this occurrence, until now! I found a completely scientific method to create the multi-colored drink. 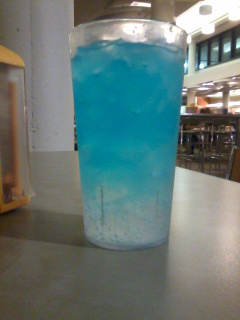 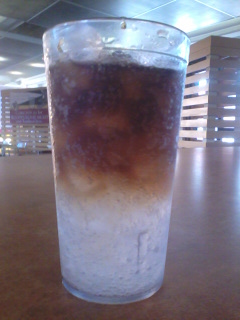 Also, diet lemonade floats on non-diet coke (inverse of above) but the taste is downright terrible.